The Diesel lifestyle is built on passion, creativity and strong personality. Using the brand’s ironic and unexpected approach to design, the home collection reflects every aspect of the Diesel philosophy. Rough materials, contrasting shapes and textural treatments are part of the brand’s heritage.

Initially launched in 2009, the furniture collection was an organic evolution from the Diesel fashion experience, the home collection continued to grow year after year adopting important partnerships with leading players in the interior design field: Moroso for furniture, Foscarini for lighting and Scavolini for the new Diesel Social Kitchen, Seletti for accessories and tabletop. The collection as a whole is an ideal pairing of Diesel style and attitude with each specialty partners’ industry know-how and top quality design capabilities.

Andrea Rosso, Creative Director of Diesel Licenses says, “Diesel is a lifestyle brand – consumers choose us not only for the product but also for what Diesel represents; the way of life, our values, the ironic, creative and unexpected approach. We decided to enter the design world to offer to our consumers the possibility to express themselves not just through clothes but also personalizing their home with products that they feel close to their taste.” More END_OF_DOCUMENT_TOKEN_TO_BE_REPLACED

Pathmakers: Women in Art, Craft and Design, Midcentury and Today considers the important contributions of women to modernism in postwar visual culture. In the 1950s and 60s, an era when painting, sculpture, and architecture were dominated by men, women had considerable impact in alternative materials such as textiles, ceramics, and metals. Largely unexamined in major art historical surveys, either due to their gender or choice of materials, these pioneering women achieved success and international recognition, establishing a model of professional identity for future generations of women.
(Photo above: Gabriel A. Maher, DE___SIGN (video), 2014, courtesy of the artist) 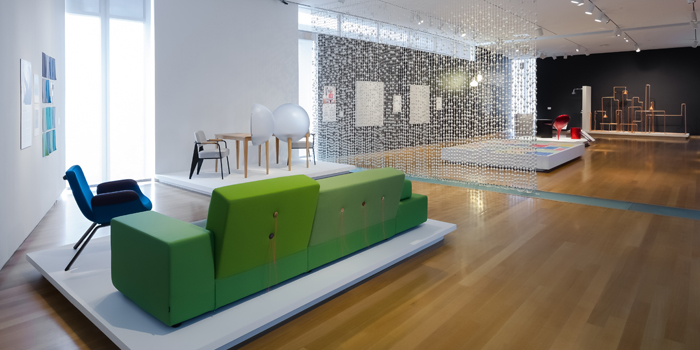 Installation view of ‘Pathmakers: Women in Art, Craft and Design, Midcentury and Today,’ 2015. Photo by Butcher Walsh. Courtesy of the Museum of Arts and Design.

We had the chance to spend time with Jennifer Scanlan, co-curator for the exhibit “Pathmakers: Women in Art, Craft, and Design, Midcentury and Today”, and ask her few questions.

WD: Why and how did you decide to focus on Women?
J.S.: The initial idea to focus on women came from my co-curator, Ezra Shales. He was doing research on women ceramists and noticed that the midcentury period had offered opportunities to women as teachers and designers that were unparalleled before, and to a certain extent, since. This led us to look at what women were accomplishing in fields and materials that have largely been left out, or have been included only on the periphery of traditional examinations of the history of design, including ceramics, textiles, and fine metalwork. More 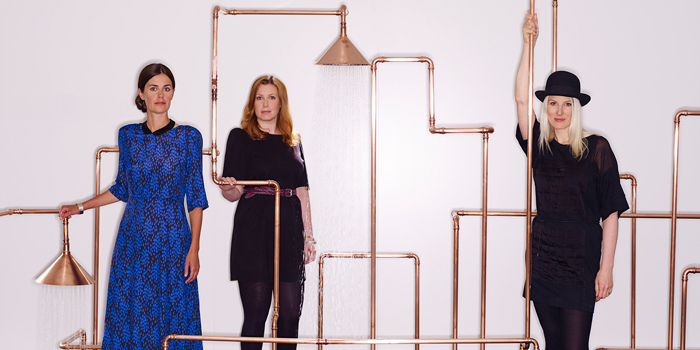 END_OF_DOCUMENT_TOKEN_TO_BE_REPLACED

Discover young designers and makers in the Pacific Northwest

Picture taken at the Bellevue Arts Museum by Charlie Schuck, pieces by Studio Gorm, Eugene, OR

The New Frontier: Young Designer-Makers in the Pacific Northwest on view April 17 – August 16, 2015

The Bellevue Arts Museum, a leading destination in the Pacific Northwest, from April 17 to August 16, 2015 hosts The New Frontier: Young Designer-Makers in the Pacific Northwest. The exhibition presents works by emerging designer-makers with nearly 30 design studios from British Columbia, Washington, and Oregon contributing to the exhibition. Examining the materials, processes, and creative strategies that define their practices, the exhibition acts as a catalyst for the discussion of how objects and products are conceived and created here; who is making them; and how the field of local design is reflective of our unique region. More END_OF_DOCUMENT_TOKEN_TO_BE_REPLACED

Keilhauer offers a complete range of seating and tables to accommodate all types of meetings – from private, formal conference rooms, to lounge areas in public spaces, to casual chats around a coffee table. Designed by world-renowned furniture designers with scrupulous attention to detail, Keilhauer products are engineered and manufactured out of its two Toronto, Ontario facilities and are built for long life with a conscientious focus on environmental design principles. This year for NeoCon, Keilhauer proudly introduces two new collections – Wheels and Chemistry, and a new, highly customizable product – Collo, all designed by Austrian-based design firm, EOOS. More

This year’s Design Schools Workshop was very successful. The theme “Design Forever” was particularly inspiring and led the students to think about an important subject and engage in interesting dialogs. The 3 schools involved this year, Savannah College of Art and Design (SCAD), Art Center College of Design and Centro Mexico had all participated previously (It was SCAD’s second time, Centro Mexico’s third time and Art Center College of Design’s forth time). The 15 students successfully embraced the challenges of collaborating, which can sometimes be more complicated than competing. Lego Group’s Creative Director, Jeremy Brazeal recognizes, “what a great challenge and opportunity this design charette was. I was impressed at how without knowing each other they were all able to use their different diverse backgrounds and perspectives as a positive opportunity and not a deterrent. Once these students begin their careers the ability to collaborate, share ideas and know when to let go of their own perspectives to let the perspectives of others in will be paramount to success.” More