This November, the Museum of Arts and Design (MAD) will present the first American museum group exhibition dedicated to contemporary Latin American design. Featuring more than 75 designers, artists, craftspersons, and collectives, New Territories: Laboratories for Design, Craft and Art in Latin America will survey the innovative, cross-disciplinary collaborations and new directions in creative production that have been occurring throughout Latin America since 2000. On view from November 4, 2014 through April 6, 2015, the exhibition focuses on work emanating from a number of key cities that serve as cultural hubs for some of the most pertinent new ideas about art, design, and craft. More.

Curator, Lowery Stokes Sims, visited WantedDesign and shared with us the process of how, with the help of her team, she built this exhibit, including how WantedDesign played a key role in discovering Latin American talents. 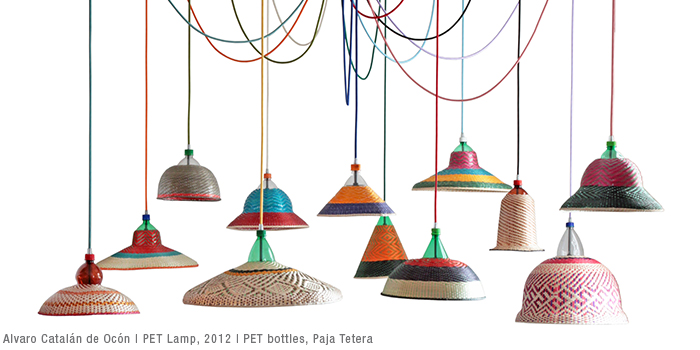 A DIALOGUE WITH LOWERY STOKES SIMS WITH WANTEDDESIGN

How and why did you decide to focus on Latin America?

New Territories: Laboratories for Design, Craft and Art in Latin America is the second exhibition that MAD has conceived as part of its Global Makers Initiative. This program was conceived to expand the curatorial scope of the Museum to survey communities of makers all over the world. The first project was The Global Africa Project of 2010, which demonstrated the strong and influential presence of creators of and in Africa and portrayed the truly global—and extraordinarily variant—nature of being African, or African-descended, in the contemporary context. This exhibition provided a model for the curatorial approach in New Territories with its proposition that in today’s world, the creative sector (design and artisanship) is instrumental in creating micro-economies, which in effect can achieve economic and social change on a global scale.

The title “New Territories,” is very strong and suggests that there is definitely a lot to be discovered from this part of the world. What is the meaning of “New Territories” for you?

First of all I want to be clear that we are not considering Latin America as a new arena for creativity. The region defined as “Latin America” (including the Spanish and Portuguese-speaking communities of South and Central America, Mexico, and the Caribbean) has had a strong and long-standing history of art and design, as well as craft. The concept of “new” relates to the observation of Gaetano Pesce about new territories that would opened when the barriers between art and design were “eliminated” art and design approach each other.

Within that “new territory” in Latin America we encountered a generation of designers and artists whose modalities for working approach each other and who are also committed to working with traditional craft communities, indigenous craftspersons and small, family-based skilled concerns to produce their work. These interactions often result in an expansion even transformation of habitual ways of working and interacting on all parties involved. 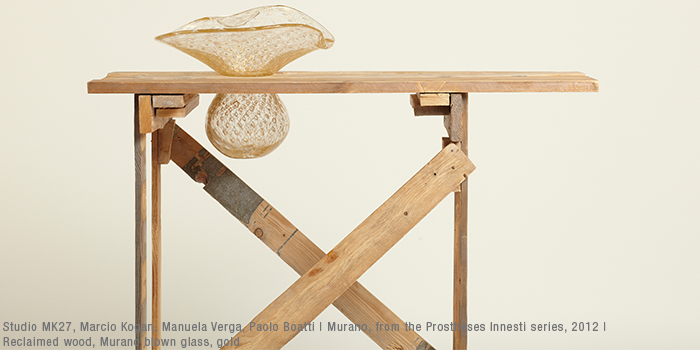 How did you start to work on this exhibition? Did you start by looking into countries that you felt really strong about, or did you start by ideas and themes that were really expressing the design-state in the Latin American areas?

I initially thought I would adapt the thematic organization we’d used in The Global Africa Project. I’d attended a panel on Mexican design that was organized at the Americas Society in conjunction with the 2012 program Destination Mexico organized by MoMA’s store. Listening to the participants I was struck by the fact that the challenges experienced by designers in Mexico in terms of production, distribution and navigating strong tradition and craft practices were parallel to those faced by their peers in Africa.

To help determine the scope of New Territories I decided early on to invite colleagues with expertise in Latin American art and design to be on a Curatorial Advisory Committee (CAC) for the exhibition. Although at the time it might have been reasonable to do a full survey of Latin American design starting at the beginning of the 20th Century, it was decided to focus the exhibition on work since 2000. For the first meeting in October, 2012 the CAC members were asked to submit images for us to consider as a group and I began to see that the work aligned along certain trends in global marketing, national branding, interface among genres, as well as recycling/ upcycling. Over the next two years these ideas would continue to influence the various permutations of the exhibition. I guess in the final analysis, I was relying on what would be revealed by the review of a range of work rather than coming to the exhibition with preconceived ideas.

Do you agree that design plays a key role in developing countries, and faces many political, economic and social difficulties?

Clearly the fact that designers have forged collaborations with communities of artisans and small-scaled fabricators in order to get their work produced has provided opportunities for economic sustenance and sustainability within various political, economic and social contexts. These strategies are familiar within the rubrics of “relational aesthetics” and “social production” in the larger context of the global art world. What is interesting is that New Territorieswill highlight specific instances how these ideas go beyond theoretical stances to actual practice in the Latin American context. The argument can be made that the Latin American sphere is where the act of creating and making is particularly influenced by a sense of personal destiny. 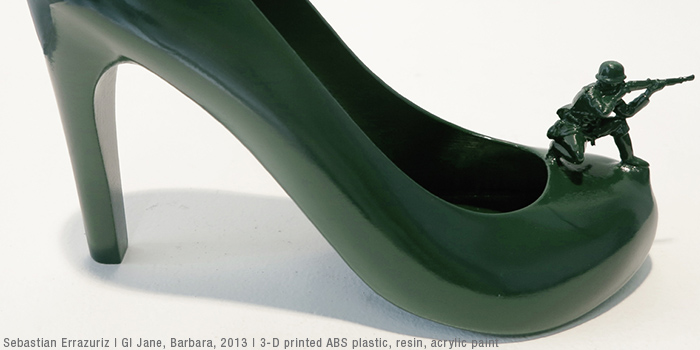 Which countries seem to be more well equipped and ready to develop businesses in and out of their countries?

While there is substantial official support of the promotion of design in countries like Brazil and Mexico, it is clear that individual designers, particularly the new, younger generation we are showcasing in New Territories are all ready to develop businesses in and out of their country and are finding innovative ways to do so. The global networks that are being developed are incredible as young designers find ways to participate in the design fairs proliferating in Mexico, Brazil and Guatemala, as well as in better know entities such as Salone de Mobile in Milan, Design Art Basel (both in Miami and Basel), IFCC and of course WantedDesign in New York City.

You refer to El Salvador and Puerto RIco for the section “Developing New Markets,” are those the more “ambitious” countries of them all?

Latin American designers in general are actively promoting their work inside and outside of their countries of origin. They recognize the ongoing need to participate in global forums such as the design fairs in Brazil, Mexico and Guatamala as well as the International Contemporary Furniture Fair (ICFF) and WantedDesign in New York City, Salone del Mobile in Milan, Design Days Dubai, and the Guild Design Fair in Johannesburg, in order to showcase their work to the international public. The design scenes in San Salvador, El Salvador, and San Juan, Puerto Rico, are based largely on collectives aiming to create a local and international market for Salvadoran and Puerto Rican design through exhibitions, marketing, education, and social interaction. As these designers are working to create new business opportunities for their members, their products they present reflect the ambition and vibrancy of emerging design centers, while drawing inspiration from daily life. 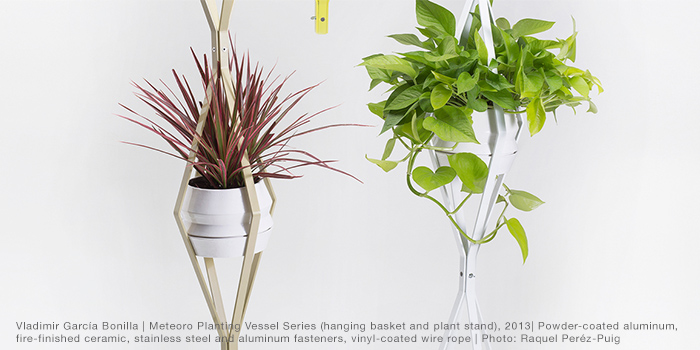 Well, in addition to encountering the Carrot Concept and Design in Puerto Rico at the WantedDesign Fair of 2013 I also encountered the designers of gT2P with whom I had up to that point had only been in email contact. I was also impressed to get to know designers such as Labrica and Fabrica from Guatemala and it was also great to see the focus on Brazil since I’d just returned from Rio and Sao Paulo. But most of all I was impressed with the freshness of the work that was assembled from the young designers to the featured schools.

I was honored to organize a panel discussion, which dealt with many of the issues I’d encountered as I did research and interviews for New Territories, for WantedDesign 2014, in collaboration with a group of the young designers from the Caribbean, Central America and South America. The focus on Mexican craft and design was particularly impressive and it was wonderful to encounter the principals of La Tlapateria and Design Week Mexico.

We like to think WantedDesign is a platform that helps connecting designers, manufactures, museums, schools, retailers and the public. We really appreciate the collaboration between the Museum of Arts and Design (MAD) and WantedDesign, which nourishes mutually the way we engage with the public, but also the structure of our programming. What would you suggest us to improve, and to help growing the NYC design community?

I think that the program of WantedDesign that continues to support young, up and coming designers is an invaluable asset for the design community in New York, which unfortunately has a paucity of outlets otherwise. With regard to the international program I think that WantedDesign has distinguished itself with its commitment to Latin America and I am sure there are additional horizons to be found in Asia and it would be great to update the presentation of design from Africa. And we at MAD mutually appreciate our collaboration with WantedDesign. 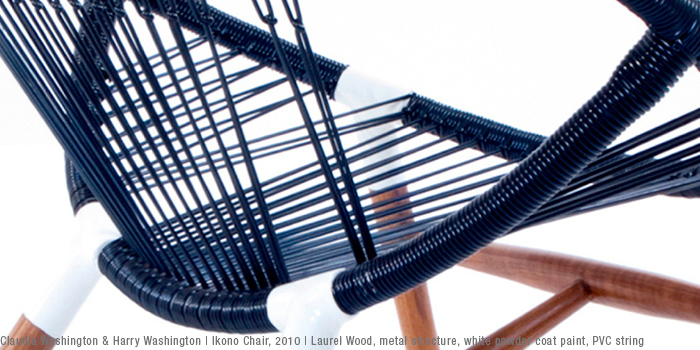 New Directions: The Convergence of Design, Art and Craft in Latin America Today

MAD and WantedDesign invite you to join the artists and designers from the exhibition New Territories: Laboratories for Design, Craft and Art in Latin America as they present their work as case studies of the confluence of art, design and craft in Latin America today. The talk will be structured in the style of Pecha Kucha, wherein speakers present 20 slides that are each shown for 20 seconds, this discussion surveys some of the most pertinent new directions in making emerging from this unique region of the globe.

More about the exhibition www.newterritorieslab.org