Multidisciplinary Dutch studio FormNation has designed Tangible Tweets, an installation that will welcome visitors to WantedDesign Brooklyn between May 9 and 19. The installation, presented by Dutch Culture USA, an arm of the Netherlands government that supports and promotes Dutch arts and culture in the United States, will be both analog and digital, physically interactive and virtual—and put the “social” back in social media. Tangible Tweets will serve simultaneously as the site of an analog game inspired by social media, a gathering place for visitors, and the information hub for all Dutch design events that will take place across New York City during NYCxDESIGN 2015. 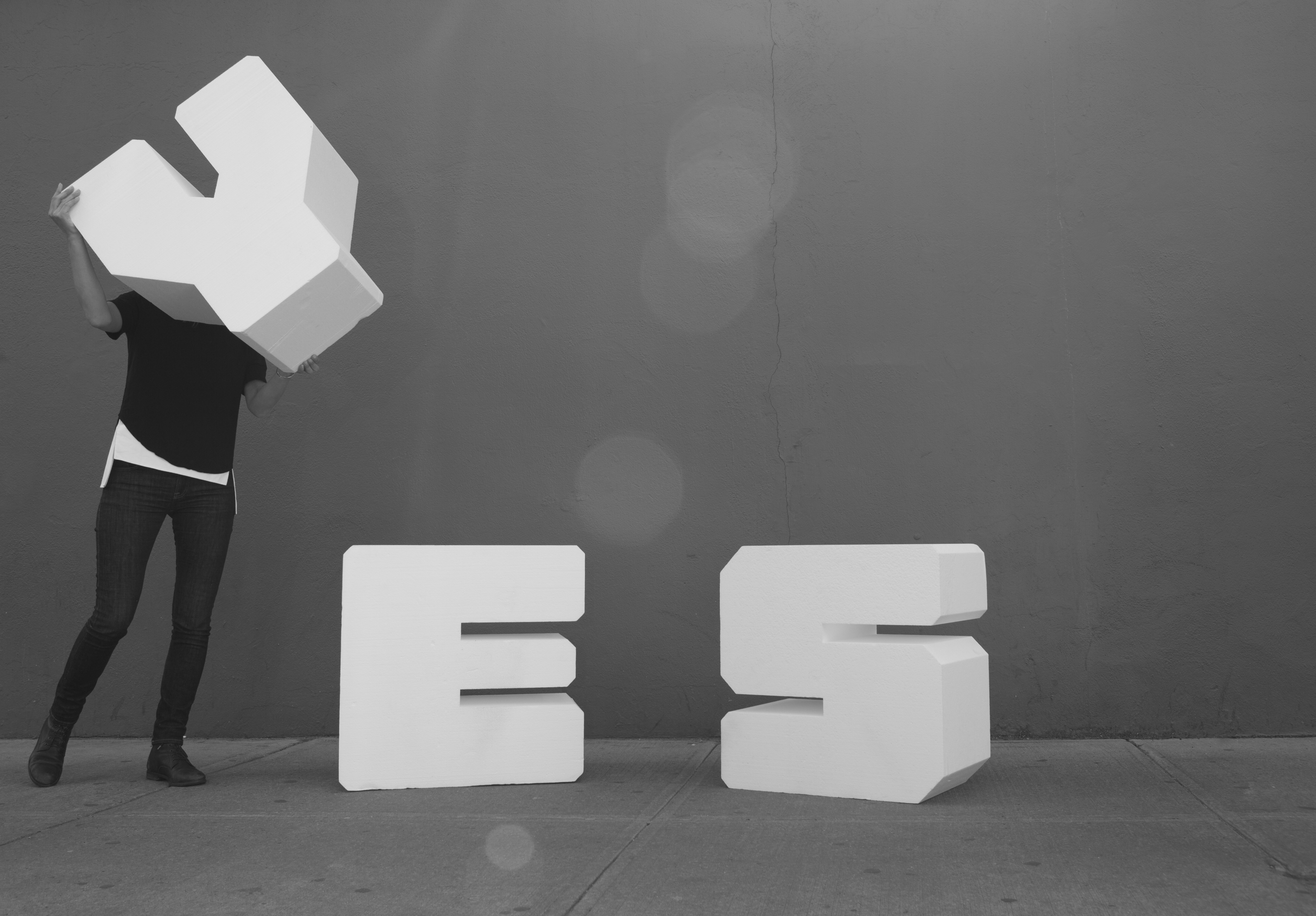 Because the waterfront innovation and manufacturing district Industry City is predicated on creating, FormNation worked to make social media both creative and in-person by inviting visitors to literally construct Twitter statements in the form of physical objects. Twitter has become a globe-spanning virtual space where users can share their thoughts with the world. On the global level, Twitter and social networking platforms like it are shrinking the planet by bringing people together across vast distances with an intimacy that is unprecedented. At the same time, while interacting with their mobile devices, many people are losing their connection to the people closest to them and their immediate surroundings.

In response to this irony, FormNation and Dutch Culture USA will invite visitors, individually and in groups, to build their statements physically with the help of large lightweight Styrofoam letters. Constructed in the VLNL Brokken font created by Dutch designer Donald Beekman and published by VetteLetters in 2010, the letters will become the building blocks of a physical text that will then be published virtually. 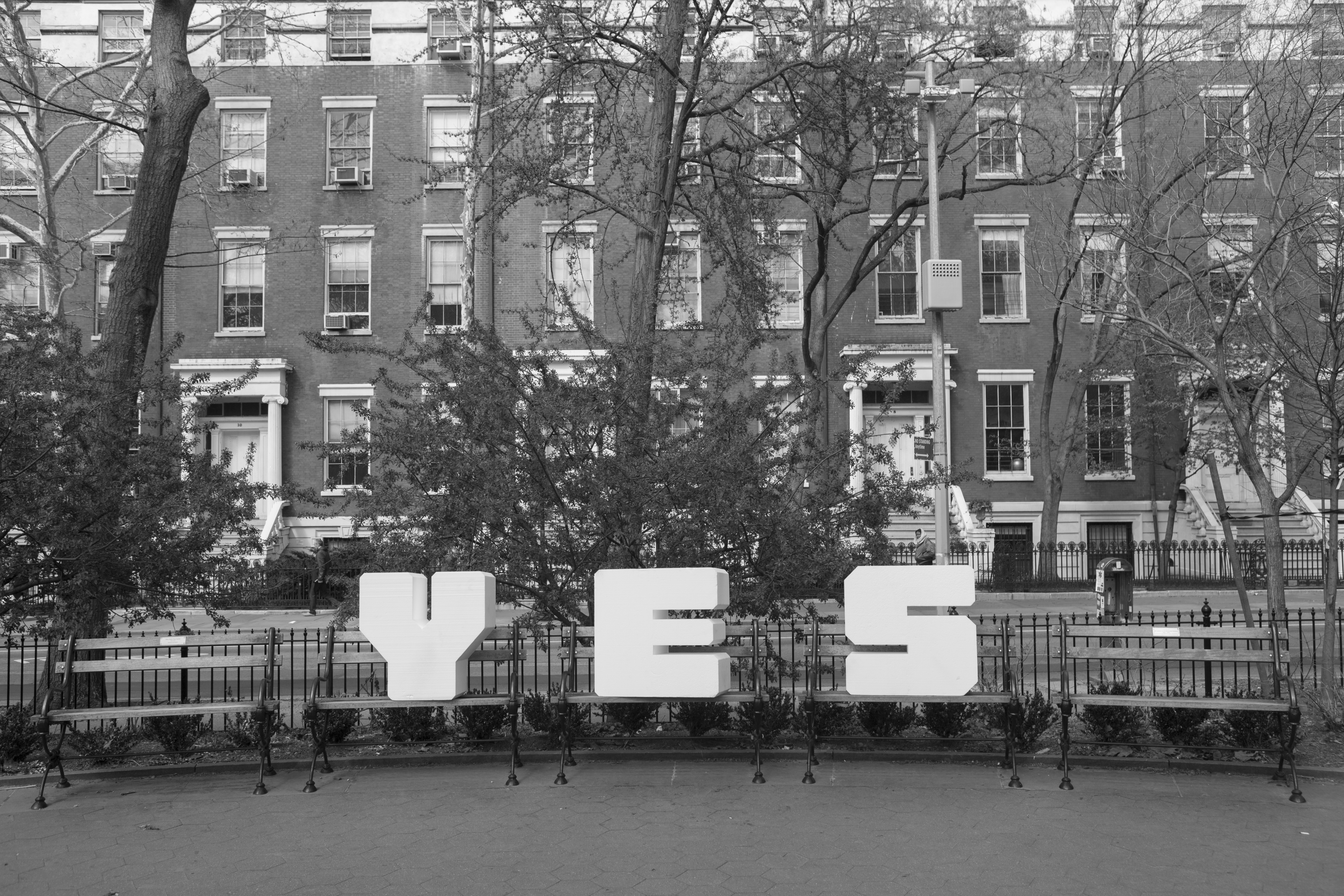 On completion, each message will be captured by being photographed from overhead. Visitors will even be able to step into the photograph to serve as their own smiley face or emoticon. Then the Tangible Tweet will be digitized and immediately uploaded to the Dutch Culture USA Twitter sub feed at Twitter.com/Tangible_Tweets. Throughout the duration of the show, these photos will capture the trending topics of participating WantedDesign visitors.

In this site-specific installation, Tangible Tweets puts the machine and the screen at a remove for a moment, allowing unmediated social interaction to take center stage in a physical space. The digital message becomes a result of the face-to-face interaction. With this project, FormNation demonstrates innovative Dutch design thinking at its socially critical and witty best: The experimentation itself is the design, while the end product becomes merely a documentation of the experiment.

In 2012, Dutch designer Jan Habraken founded award-winning multidisciplinary design studio FormNation in New York City. Collaborating with architects, engineers, photographers and web designers, the studio works fluidly between conceptual and highly commercial design. With ease they move from providing retail solutions, exhibition space, restaurant interiors, packaging and products that sell on the mass market to creating unique pieces for show in both galleries and museums. “We are designers in the broadest sense of the word. You could say we are a think tank,” says Habraken, a graduate of the world-renowned Design Academy Eindhoven. “We love to travel new roads to solve a an esoteric problem or design a product with broad appeal.” formnation.com

For Donald Beekman music and graphics have always gone hand-in-hand. Having grown up in Amsterdam as a member of various music bands and having studied at the Rietveld Art Academy, Beekman launched his own studio, [DBXL], a practice that melds graphic design with music graphics. Beekman designs typefaces as well, most of them based on logos or artwork created for clients in the entertainment industry, including event producers record labels and deejays, but cultural institutions, theater companies, restaurants and smart drugs distributor Conscious Dreams have also tapped his skills. [DBXL] typefaces have been published internationally by VetteLetters, Fontshop, Gestalten and Cape-Arcona and, since 2004, Beekman has served as the host and co-founder of Typeradio, the radio and podcast-station reporting on design and typography. typeradio.org

This program is supported by the Dutch Culture USA program, part of the Kingdom of the Netherlands’ government, which supports and promotes Dutch arts and culture in the United States. It is the first point of contact for anything relating to Dutch creativity. The office—located at the Consulate General in New York (main office), the Royal Netherlands Embassy in Washington, DC, and the Consulates General in San Francisco, Miami, and Chicago—works closely with all major Dutch cultural organizations and their American counterparts. dutchcultureusa.com