“Brooklyn Delta” will be a mural art exhibit curated by photographer/writer/artist Paul Clemence, featuring artists Pryor Callaway, Leo Castaneda, “3_5” Collective, Luis Zimad Lamboy , Michelle Weinberg. “This an exciting group of artists, going the range from recent grads Leo Castaneda and “3_5″ collective to Zimad, who is a veteran of the street art/ grafitti scene here in NYC”, says Clemence. “These artists selected all have in common an interest in the urban environment, drawing inspiration from city life, which they then translate into their own artistic language”. The mural exhibit theme celebrates the confluence of creative energy that spills out of Brooklyn distributing art, design, ideas and innovation into the city and beyond. With support of NBQ ProSpraypaint, artists Callaway, Castaneda, 3_5, Zimad and Weinberg each will create an unique interpreting the worlds of design, art and architecture with a Brooklyn taste.

Luis Zimad Lamboy : Born in the South Bronx in 1965. In the late 1970’s he began his career as a graffiti and street artist, which has heavily influenced his style and global brand. He attended the Fashion Institute of Technology in NYC between 1988 and 1990 where he studied textile Surface designing after being awarding a scholarship. As a self taught artist, he began to combine his skills with formal training in design to develop the unique and contemporary styles he is best known for today.

His first show was in 1984 at Fashion Moda, a gallery best known for first showcasing graffiti art in NYC. Since then, he has showed and sold his work globally including exhibitions in the United States, Russia, France, United Kingdom, Switzerland, Amsterdam, Philippines, Vietnam, Ecuador, Panama and Netherlands. His clients include many major brands such as Nike, MTV, Modello, Corona, Red Bull, Lions Gate Films, Jacob & Co. and State Farm as well as many private clients and celebrities. He has appeared in dozens of documentaries and has been interviewed and invited to participate in shows and projects all over the world. 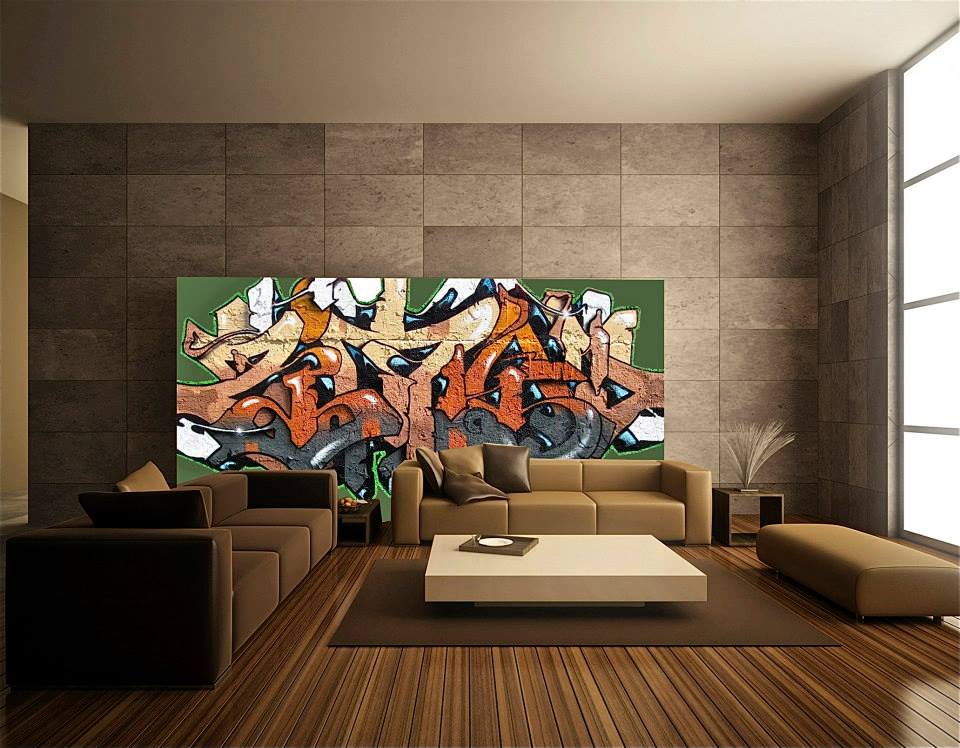 Leo Castaneda: Leo Castaneda (born Cali, Colombia 1988) is an artist based in Miami and New York working in the intersection of painting and virtual reality. He uses these among other mediums such as drawing, interactive sculpture, and animation to analyze and deconstruct the structures of video-games, and how these structures relate to those of Art and the world at large. Castaneda received his BFA from Cooper Union in 2010, and in 2014 is finishing up his MFA at Hunter College. In 2014 Castaneda received a scholarship from the Cisneros Foundation to attend SOMA Summer in Mexico City.  He has also attended a semester abroad in Universitat de Barcelona, Spain, and studied in New World School of the Arts in Miami. 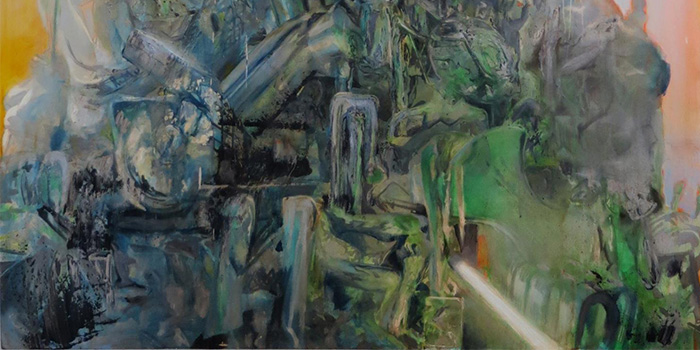 “3_5” : The “3_5” collective is a group formed by Miami based artists Juan Travieso, David Olivera, Reinier Gamboa, and Leo Castaneda. They have been friends and colleagues for nearly a decade since studying together at New World School of the Arts in Miami. In 2011, after going to college in New York and Los Angeles, the four artists re-connected in Miami to establish  Flagler Arts Space, an artist run gallery and studio. After a year together, a few of the members left Miami for grad school but have since returned and are now once again studio mates. In early 2015, thanks to a challenge in collaboration by collector Craig O’neal, who ran a show of their work, they came together as a collective in order to make mural projects that combine their aesthetic and abilities as painters towards greater results than working as individuals.

David Olivera: David Olivera (born 1983 in Granada, Nicaragua), is an artist based in Miami, Florida. He graduated in 2002 from the New World School of the Arts. He was the cofounder of the Flagler Arts Space, an experimental studio/exhibition venue in downtown Miami. He works as a technician for a prestigious art conservation company, Rosa Lowinger and Associates, that specializes in the preservation of art and architecture. His artwork focuses on creating historically accurate maritime paintings that reflect never before seen vantage points, and on depicting the formal abstraction of the sea gathered through personal observations. His work has been featured in the art magazine, The Other Eight, as well as published in the book Titanic: Secrets of the Lost Liner. He shares a studio space in the world renowned outdoor museum known as Wynwood in Miami, FL.

Juan Travieso : Juan Travieso (born Havana, Cuba 1987), is an artist based in Miami and New York.  His work explores notions of impermanence and decay through a combined language of pop, realism, and abstraction. Figures, be them humans or animals, are broken up into spaces and forms much like 3d models, speaking to both their temporality and transition into the digital age.  In his recent exhibitions at The Ft Lauderdale and Orlando Museum of Art, Travieso transposes his work on endangered animal species with works relating to his own childhood and experiences growing up in Cuba.  What were before abstractions interacting with disappearing animals are now figures of disappearing and transforming ideologies and cultures.  His paintings now involve images ranging from soviet propaganda and cartoons, to the iconic figures of the Cuban revolution,but woven inside is the personal, and how these personal and cultural icons are in constant conflict and transformation.  Juan Travieso is a graduate ofNew World School of the Arts in Miami Florida, Art Center College of Design in Pasadena California, and received Masters of Fine Arts from the Museum School in Boston in 2013.  He has had numerous exhibitions in New York, Miami,Boston, LA, as well as internationally. His work is included in multiple collections throughout the United States and other parts of the world.

Reinier Gamboa : Reinier Gamboa was born in Camaguey, Cuba in 1984. He attended the New World School of the Arts and received his BFA from the Art Center College of Design, Pasadena (on a full Presidential Scholarship from 2002 to 2006). Gamboa’s work has been featured at venues in Miami, Santa Monica, Pasadena and St. Louis, including benefit exhibitions at Locust Projects (Miami) and Nucleus Gallery (Alhambra, CA). Accolades include a First Place prize in the 2012 Figure Now Art Contest at Fontbonne University (St. Louis) and winning Best of Show in the 2002 Down River Juried Printmaking Exhibition. Gamboa lives and works in Miami. 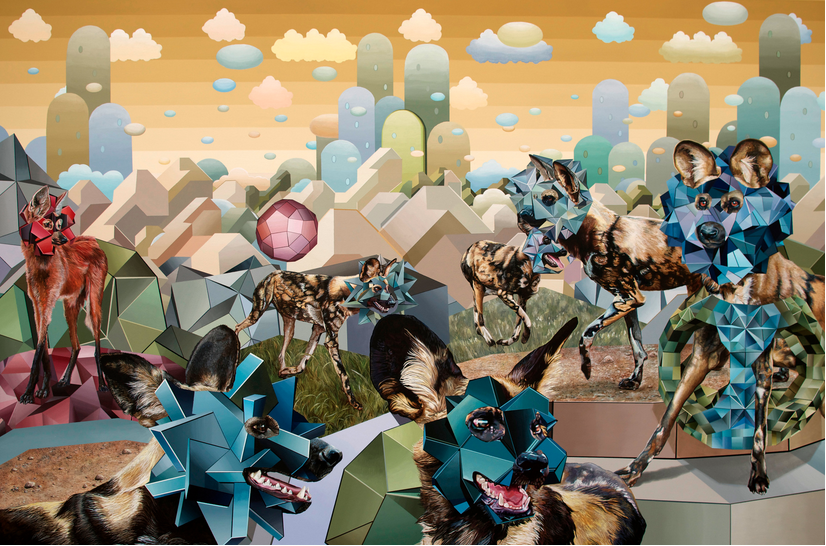 PRYOR CALLAWAY: New York City-based artist and designer Pryor Callaway was born in Mississippi and moved to New York to earn a Masters in Industrial Design from Pratt Institute in Brooklyn, New York. Working in architecture and furniture design in New York City for more than 15 years, she also concurrently pursues her artistic leanings—being awarded a number of exhibition opportunities that have resulted in fine art installations from digital compositions to large-scale sculpture. Callaway has been published in INTERNI, Interior Design Magazine and New York magazine, among others, and her work has been featured in such venues as Art Basel Miami Beach, Art Takes Times Square, the Boffo Showhouse, as well has had her own solo exhibition at Jadite Gallery in New York City.

Michelle Weinberg : Michelle Weinberg is a visual artist living and working in Miami Beach and New York. She creates works in painting and collage, designs rugs, tiles, mosaic and paint murals, and produces art for architecture and public spaces. Her imagery inhabits a “Pretend Dimension” in which elastic perspectives, personalized geometries, and fictitious architectures elaborate stage-set like narratives. Her works in all media are conceived as vivid backdrops for human activity. 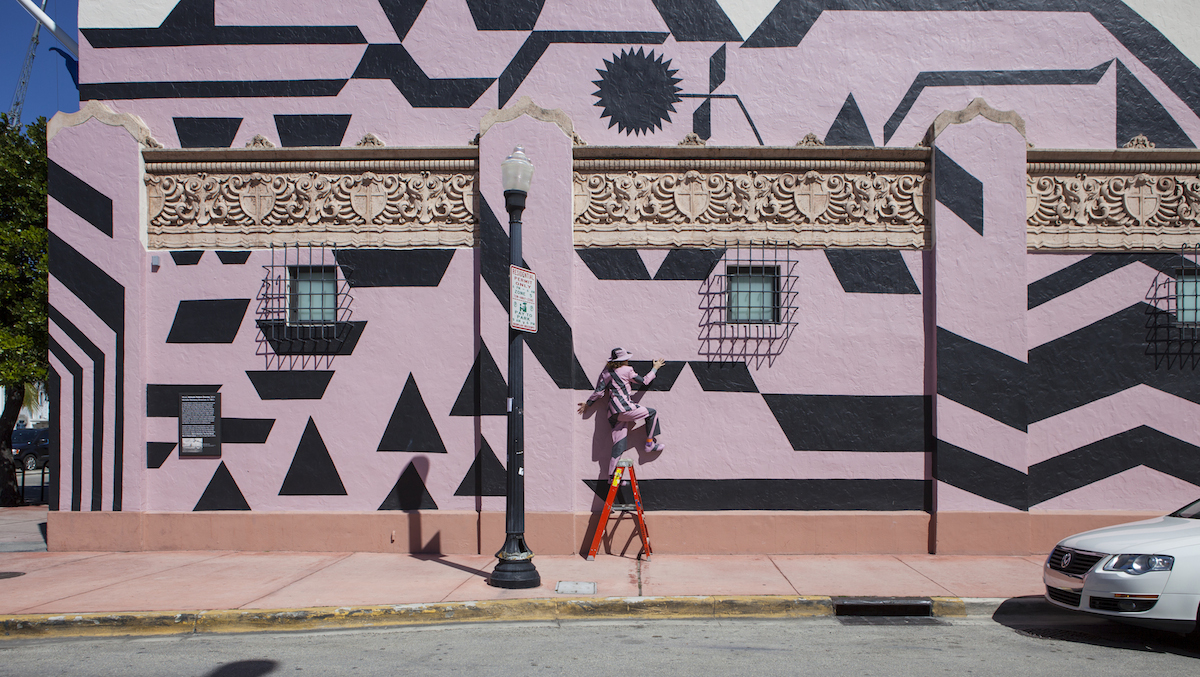 The outdoor graffiti gallery is made possible thanks to